I know this may sound like an urban myth or as if it belongs in the realm of the Easter Bunny and Santa Claus.  Honestly it is hard to believe that anyone, male or female, in the 21st century doesn’t masturbate.  It is even more unfathomable to conceive that there are men who will have sex, premarital sex at that, yet will not pleasure themselves.  Well, they do exist…apparently. I have a guy friend who does not do this human, innate act.  Sure, we all don’t really talk about it much or at least girls don’t, but usually when someone denies doing it we know it’s a lie.  I obviously do not follow my guy friend around 24/7 to monitor his self-touching level but I did see his facial expression when his girlfriend told me that he does not.  After getting over the initial embarrassment of the explicit details of his sex life being exposed to his girlfriend’s friend, he was seriously grossed out at the thought of masturbation.  So as he displayed a look of disgust, I reciprocated with a look of shock.  I did not know such men were real and I to be honest, I find it very strange.

I remember about a year or so ago getting in a debate with a group of friends as to how often men masturbate.  We all began texting our guy friends and I won in saying that it was approximately once a day.  While for women it may be a few times a week/once a week thing, for men it is often a daily occurrence much like brushing one’s teeth.  Wake up, beat off, shower, get dressed, do hair, brush teeth, spray cologne, put on shoes, and go to work.  I just cannot imagine there being a guy out there who does not incorporate self pleasuring in part of his life.  As gross as it is, it’s also natural and a hell of a lot safer than banging prostitutes or taking home different random girls from bars for wasted, unprotected sex.  I also feel as though, seeing as it is natural, how does a boy not ever try it or do it only to decide that he doesn’t like it?  If you like the feeling of hand job it shouldn’t really matter whose hand it is.  Obviously it’s preferably a hot chick but in a pinch one’s own hand should do. 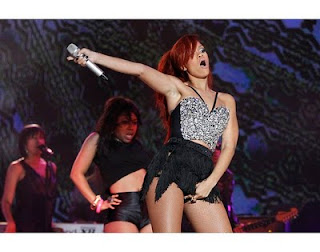 So that is the abridged history but what about today…how common is masturbation?  An old joke says that 98 percent of people masturbate–and the other 2 percent are lying.  A 2009 Psychology Today article reported on a study that was performed based on a representative sample of American adults which found that only 38 percent of women said they’d masturbated at all during the past year. The figure for men was 61 percent.  This was just one study however and I don’t buy it.  Of course people sitting in a room by a two way mirror are going to lie about touching themselves.  So, I looked further and found some more information including frequency data.